This is a resource offered by the Department of Special Education at the county public school I work in. It is great and has a complete list of 1,110 words separated into categories such as Colors, Animals, Letters, Emotions, Community Helpers, Toys, and many more! Some really awesome teachers put it together so I am hoping that their hard work will pay off by having many other people share in using it!

Although the title says to use it for testing tacts on the VB-MAPP, it can also be used to think of ideas that your students can mand for. It would be great for coming up with items to use for teaching feature, function, class... and more!

So if you were to point to a yellow fruit and say, "What is that?" to your student and he correctly answers, "banana" - he has made a successful tact! If a banana was sitting on the table and your student pointed to it and said "banana" because he was hungry and it happened to be snack time... you could probably assume he is making a mand :) 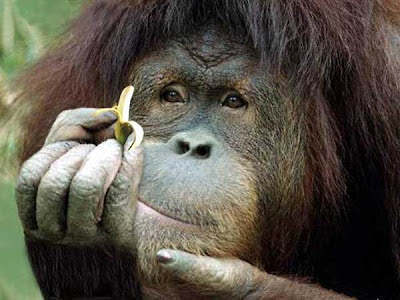 Eventually, we want those words in that list to be accompanied with other words and carrier phrases, etc. Such as this tact: "I see a monkey eating an abnormally tiny banana" (okay, if your young student with autism says this, call me and tell me what your secret is!) or a mand: "Can I have a banana for breakfast?"

Edit: There were some formatting issues when putting into Google Docs. I am assuming this is because it is an Excel doc but once you download it to your own computer, it should work just fine!
Posted by Teach Early Autism at 9:21 PM

Get new posts sent to your email!

Search for what you are looking for!

Teach Early Autism
I have a Master's degree in Special Education and am working on the ABA certification. I have more than 6 years of professional experience working with people who have autism, all with varying ages and abilities but equal awesomeness.